UPDATE 2/12/12 03:09ET: Hamza Kashgari has been deported to Saudi Arabia by Malaysian authorities, several news agencies reported. Malaysian human rights lawyers say they had a judge order to stop the deportation, but by the time they reached the airport the plane already took off.

Hamza Kashgari, a young Saudi writer, caused a firestorm when he posted a series of tweets on the birthday of Prophet Mohammad last week. In his tweets, Kashgari imagined a conversation with the Prophet in which he said they are equal, and that although he admires many of the Prophet’s characteristics there are also others that he disliked.

Saudi users on Twitter erupted with outrage, posting nearly 30,000 tweets on the topic in less than 24 hours. Many people believed that he insulted the Prophet by addressing him and speaking about him like that. They accused Kashgari of blasphemy, atheism and apostasy. Many said he must be punished and some said he should be killed. Others even went as far as threatening to kill him or offer money for his head.

The outcry resulted in a full U-turn by Kashgary, who deleted the controversial tweets and published an apology saying he has sinned and that he has now repented. He explained that what he wrote earlier was “feelings I erred in describing and writing, and that I ask God for forgiveness, but they don’t really represent my belief in the Prophet.”

The apology was not enough for many people, especially the religious conservatives who demanded that Kashgari be tried in a Sharia court. One of these people is a cleric named Nasser al-Omar, who appeared in a YouTube video weeping because he said he could not bear to see the Prophet insulted.

“These people [like Kashgari] should be put to trial in Sharia courts,” al-Omar said. “It is known that cursing God and his Prophet is apostasy. And the fact that he has repented with cold words will not probably save him in the court.”

Al-Omar and others insist that even if Kashgari has repented he should still be sentenced for apostasy, effectively calling for his death by sword. Al-Omar called on his followers to send telegraphs to the King, Crown Prince and the Grand Mufti to punish Kashgari.

Yesterday, several websites said that the King has ordered the arrest of Kashgari and today news came that he has fled the country. According to Al Arabiya’s sources, Kashgari had flown to Jordan then the UAE before reaching a country in southeast Asia.

The 23-year-old writer used to write a column for the Jeddah-based al-Bilad daily, but yesterday the information minister Abdul Aziz Khoja ordered all newspapers not to carry any article by Kashgari. “I have instructed all newspapers and magazines in the Kingdom not to allow him to write any thing and we will take legal measures against him,” Khoja said.

How a couple of tweets by an obscure writer reached the King and resulted in an arrest order and a possible death sentence in the matter of three days is nothing short of astonishing. Saudi Arabia being a conservative Muslim country, the outrage over Kashgari’s tweets was expected. Remember the Danish cartoons? Nevertheless, this case escalated rapidly.

While I understand how many Muslims would take offense at anything that touches the prophet, I don’t think it explains the whole story. Yes, many feel strongly about such matters and therefor they reacted accordingly. However, it is clear that many on the right decided to take advantage of the incident to score points and make political gains. It was a low hanging fruit.

While some may perceive religious conservatives defending the Prophet’s honor simply as piety, others say there is more behind it, that this is actually part of a long-term plan.

“This is not spontaneous,” a friend of Kashgari’s told me. “Hamza has had people marking him since the Marriott affair and before.”

There is a disturbing “bloodthirstiness” about the conservatives’ reaction, the friend said, adding that Hamza is “just the first in a list they’re targeting.”

Ironically, Kashgari had a conservative upbringing. He was part of the many “circles for memorization of Quran” in Jeddah, and according to one source familiar with the matter, his old preachers helped convince him to delete his controversial tweets and apologize. However, these very same preachers refused to come to his defense publicly in the face of the rabid attacks by the conservatives.

Contrary to reports circulating in Twitter and some sites, Kashgari was not detained upon his arrival to the airport in southeast Asia. He is free, his friend told me, but remains worried about being extradited.

This controversy emerges as an equally contentious case is finally coming to an end.

Local media reported this week that the King has pardoned Hadi Al Mutif, a man who was sentenced to death in 1996 after being convicted of allegedly insulting the Prophet. King Abdullah did not confirm the death sentence as required under Saudi law and Al Mutif remained in jail for 18 years. He is expected to walk free later this week.

Two stories were the focus of much debate and discussion in Saudi Arabia recently: a) the trial of what the local media likes to call the “Jeddah cell,” a group of reform activists accused of terrorism and plotting to overthrow the monarchy; and b) the tragic events in Qatif that resulted in the death of four young men and injury of two members of the security forces.

On December 5th, a group of activists released a statement condemning what they called the “extremely harsh sentences” against the Jeddah reformers, and also condemning how the government handled the events in Qatif. The list of signatories on the statement included some prominent Sunni and Shia activists such as Mohammed Said Tayeb, Abdullah Farraj al-Sharif, Tawfiq al-Saif, Mohammad al-Ali and others.

This, as far as I’m concerned, is business as usual in Saudi Arabia. Something happens; a statement or a petition is released by a group of people. After all, it is not like there is much more they can do. Street protests are strictly prohibited, and there is no elected parliament where these people can question the government and hold it accountable for its actions.

However, something else happened this time around. Shortly after the statement was released, it was received with an aggressive backlash in the local media, where columnists held no punches in their scathing attack on the statement and those who signed it. Some observers even suggested that the attack looks coordinated and is probably orchestrated by the interior ministry to win public opinion.

But I don’t think the media backlash was coordinated. As Ahmad Abdulaziz said, it is not as if columnists in the local newspapers wait for government orders to open their verbal fire on government critics. “After a long practice, they have come to know very well what they have to do without even getting instructions,” he wrote. Also, let’s be honest here, does the government care all that much about public opinion?

I have read about 50 columns over the past 3 weeks attacking the statement and those who signed it. Some of these columns were penned by editors of the papers. This is fine, I’m all for free speech. If you feel this strongly about the statement and truly feel compelled to defend the official line on these issues, by all means go knock yourselves out.

One little problem though: none of these papers actually dared to publish the statement or report on it. If readers wanted to know what statement the columnists are talking about then they had to go Google it themselves. When the new editor of al-Eqtisadiah Salman al-Dosary was confronted with this fact in a recent TV interview, he said “we don’t publish anything” because they practice responsible freedom and protect national security.

Al-Dosary seems to think that protecting national security is part of his job description. Yay for the independent Saudi press! But I digress. Let me focus here on “we don’t publish anything.” In his column, al-Dosary accused those who signed the statement of “incitement to overthrow the regime and the government.” Nothing in the statement language even remotely suggests this.

It is one thing to choose to take the government side on some issues. It is quite another to lie and distort the facts just to show how patriotic you are and, while at it, imply that those on the the side of these issues are unpatriotic. The problem with many government apologists is that they severely lack any kind of class; they are shameless.

People like Samar al-Mogren, Adhwan al-Ahmari and Saud al-Rayes for example went as far as calling the signatories terrorism supporters. Seriously? But hey, this is a free country as I said earlier, I’m all for free speech. I just think that it is rather a sad day for this country (and boy did we have many of those lately!) when some people, including the grand mufti, try to score points with the government by using false accusations to discredit some national figures like Mohammad Said Tayeb.

Taybe, a long time activist who was repeatedly jailed over the past four decades, used Twitter to defend himself, calling those columnists a “choir” from a bygone era.

After a series of tweets directed at the columnists, he chose to send a message to Crown Prince Naif: “We understand the interior minister’s duties and responsibilities, but we believe that the most important duty of the crown prince is to guarantee the protection of public freedoms and human rights.”

I’ve been putting off writing this post because I thought the period of verbal diarrhea by government apologists would end soon, but the articles kept on coming nonstop like the floods of Jeddah.

Right, whatever happened to holding the corrupt officials accountable in that disaster? Oh, we are not supposed to talk about this? Sorry, my bad.

The heavy rains on Jeddah has paralyzed the city, once again. Obviously, none of last year’s lesson has been learned. The situation is beyond disastrous, with many losses in souls and property. Watch these videos and pray for the safety of people in Jeddah.

More videos and photos can be found here and here. Follow the latest news on Twitter: #JeddahRain 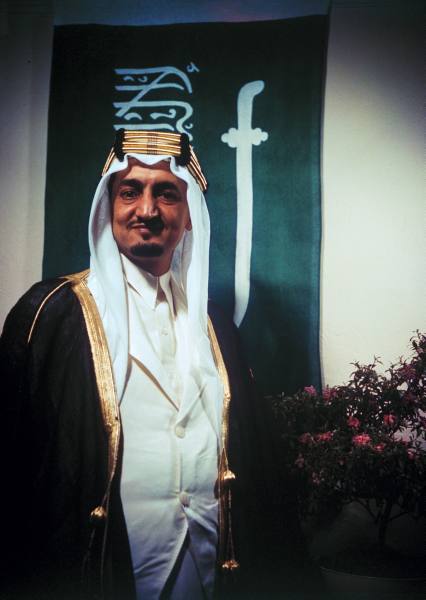 Qusay has an interesting blogpost about Jeddawi weddings. Few weeks ago I was contacted by a company who said they are working on documentaries about different wedding customs in the different regions in Saudi Arabia. I don’t know if it’s the same company that Qusay is talking about, but I agree with him that it’s a good idea to put the info out there.