As many people pointed out before, most of the US diplomatic cables released by Wikileaks are boring. In the this huge pile of documents, shocking discoveries are rare. Today, I will continue what I began yesterday by looking into the some of the interesting cables from the US mission to Saudi Arabia.

Some of the best cables are those describing diplomatic visits to different parts of the country where diplomats rarely go like Abha or Tabuk. This cable for example details the observations made by US officials during a visit to that northern city. The last paragraph reads, “Tabuk is described as a very conservative Muslim community. This was apparent during the drive from the airport and meetings and tour of the city, when not a single women was seen on the streets, in the hotel, or employed in the government offices. The few men passed on the streets during the afternoon tour glanced at the passing motorcade with looks of surprise and curiosity.” 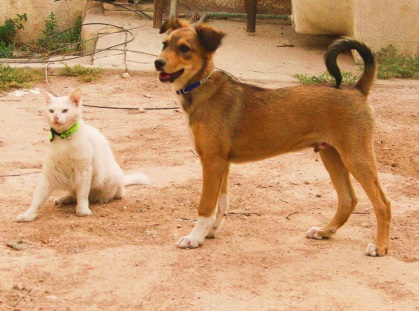 Another good cable comes under the title: “MUST LOVE DOGS.” The cable tries to explain the attitudes of Saudis toward pets, especially dogs. It goes into history, religion and culture in its attempt to understand the relationship between Saudis and animals, and finally reaches the conclusion that: It’s complicated! “This contrast between the words of the Qura’an and the Prophet Mohammad, which imply that kindness must be shown to animals, and the general distaste that most Muslims have for dogs is yet another of the many contradictions in Saudi society,” reads the last paragraph, followed by a joke.

Back to serious stuff, here is a cable about a meeting between the US Ambassador and the late minister of labor Ghazi al-Gosaibi. During the meeting, al-Gosaibi told the Ambassador about his efforts to limit the country’s dependence on cheap foreign labor, and admitted that some of the measures he took to achieve that goal were “draconian.” But the most depressing part of this cable comes at the end, where al-Gosaibi sounded pessimistic about enacting laws to cover and protect domestic workers. “He stated that “no one” is interested in passing such a law because everyone is satisfied with the status quo,” it said.

Speaking of laws, this cable from December 2007 attempts to gauge the likely effects of King Abdullah’s plan to overhaul the judicial system of the country that was announced in October of that year. The conclusion in the last paragraph reads, “Overhauling the judicial system is one of the primary ways of any society to achieve progress and modernization. However, Saudi society changes slowly, and the judicial system is no different.” They were right. Years after the plan was made public, we still hear about bizarre cases in our courts like child marriages and detaining people indefinitely without a trial, access to lawyer or even family visits.

But it’s not all doom and gloom in these cables. This cable from April 2008 about the Embassy’s participation at Riyadh Book Fair is overflowing with happy adjectives. I remember that I was not exactly enthusiastic about the book fair that year, but obviously I did not pay a visit to the American booth. Worth noting here that the US Embassy had to go through difficult negotiations with the Ministry of Culture and Information (MOCI) which has a ban on embassies participation at the book fair. Eventually, the Americans did a little trick that worked perfectly: the Embassy would brand itself as the US Information Resource Center (IRC). The cable described the impact of this participation as “huge!” and the largest outreach event of that year. “In a closed society and security-restricted environment,” it concluded, “the book fair underscored the need to continue to identify new and creative opportunities for traditional people-to-people diplomacy.”

The infamous al-Sahat internet forum is the subject of this cable that came out of the Jeddah consulate in May 2006. The cable details controversies surrounding the forum and accusations populated on its pages about American diplomats in the country. “ConGen Jeddah and its officers are regular subjects of commentary, criticism, and the occasional threat from al-Sahat contributors,” it said. Liberal Saudi writers are usually accused of having close relations with the US mission and conservatives use these accusations to smear their liberal opponents. My favorite part of this cable? Using the word “fora” as the plural form of “forum” in the second paragraph.

In addition to these detailed but concise cables, there are other brief ones that caught my attention, like this one listing names of influential women with their contact information. And since we are nearing the end of Ramadan, it is only apt to end the post with this cable in which the Saudi Ministry of Foreign Affairs tells the Embassy that Saudi officials do not receive visitors during the holy month:

The MFA would like to advise all diplomatic missions in the Kingdom that the holy month of Ramadan is nearing. As you know, it is a month of fasting and intensive worship and there is no room during it for visits and meetings. As in previous years, it is not possible for the Custodian of the Two Holy Mosques and all other officials in the Kingdom to meet official visitors during this holy month.