I have been glued to the TV (and the laptop, the iPad and the iPhone) over the past few days, closely watching the events unfolding in Egypt. Thrilled to see Egyptians uprise against Mubarak, and concerned over the safety of my friends in the streets of Cairo. The regime has been trying to cut off the country from the rest of the world by shutting down the internet and mobile telecommunication. Obama statement was very disappointing, but I guess that doesn’t matter now. What matters is that the Egyptian people are standing up for their rights, and I hope that they won’t stop until they get them. Al Jazeera English is providing a great coverage, and CNN International is also doing a decent job, but I pay most of my attention to what people are saying on Twitter. This is the domino effect in realtime. Below are some pictures that I took during a demonstration held near the UN here in New York earlier today: 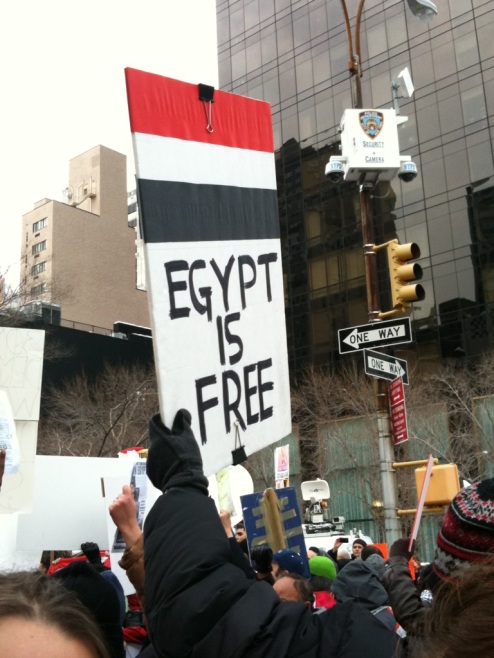 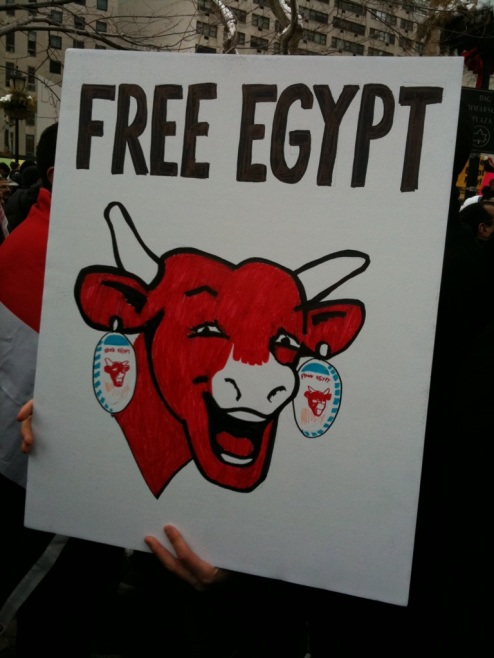 King Abdullah was by far the most generous gift-giver to President Barack Obama, his family and administration, according to documents released by the State Department on Tuesday. The King gave Obama, his wife and daughters nearly $190,000 in luxury items in 2009, including the single most valuable gift reported to have been given to U.S. officials that year in 2009: a ruby and diamond jewelry set for Michelle Obama worth $132,000.

However, don’t expect to see the first lady wearing the fancy gems anytime soon. By law, most gifts to American officials must be turned over to the government and the jewelry has already been sent to the National Archives. Why do they accept these gifts if they can’t keep them? According to the documents, “Non-acceptance would cause embarrassment to donor and US Government.”

See a list of the most interesting gifted items after the jump.

END_OF_DOCUMENT_TOKEN_TO_BE_REPLACED

Today was a huge, huge day for Tunisia. After four weeks of street protests, president Zine el-Abidine Ben Ali fled the country. This is probably the first time we witness an Arab leader toppled by his own people. Very happy for the Tunisian people, and very proud of them. I’m especially thrilled for my friends Sami bin Gharbia and Slim Amamou, who worked tirelessly for years to see this day. The only thing that annoyed me was that Saudi Arabia welcomed the ousted dictator to find refuge in our homeland. But for now, let’s just live this historical moment. Here’s to a domino effect all over the Middle East.

PS. This is my favorite video of the day. I don’t know what’s more amazing: the man screaming “Tunisia is free” in the middle of the street, or the woman crying while shooting the video with her phone.

Heads up: I’m in Washington DC to live blog a roundtable on Arab Youth at the Elliot School of International Affairs in George Washington University. Expect updates in the coming few minutes.